Socrates’ philosophy influenced Stoicism in many ways, although they would not have agreed on everything. We will take a look at the topics Socrates and Stoic philosophies would agree and disagree on.

Socrates’ influence had deep roots in the foundation of Stoic philosophy. Zeno of Citium, the founder of the Stoic school of thought, had read about Socrates through Xenophon’s Memorabilia. Socrates became a role model for Zeno to follow, which ultimately influenced Zeno’s philosophical beliefs.

Even in the late Roman period of Stoicism, Socrates’ influence did not fade. In Epictetus’ Discourses, he referred to Socrates more than any other philosopher, mentioning Socrates a total of 77 times. In addition, Marcus Aurelius also mentioned Socrates several times in his Meditations.

It is evident that Stoic philosophers thought highly of Socrates; however, it is difficult to guess what Socrates would have thought about Stoicism. For this matter, we need to re-examine the basics of Socrates’ philosophy in order to compare it to Stoicism, and deduce what Socrates’ attitude might be towards it.

Socrates believed that virtue equals knowledge. If we know that something is good, then we will act accordingly. Therefore, humans only make mistakes out of ignorance.

If virtue equals knowledge, then the place where virtue can be found is within ourselves. This is the first notion that is compatible with Stoic belief, as they similarly believed virtue exists within us. However, by following Socrates’ equation, we will discover that virtue can be learned. If we know what is good, it will result in doing good.

Stoics did not agree with this part of Socrates’ philosophy, because Socrates did not include the nature of emotional states that can cloud our judgement. This focus on negative emotions is why Stoics insisted on meditations and reminders of what lies in our power and what lies outside our power. 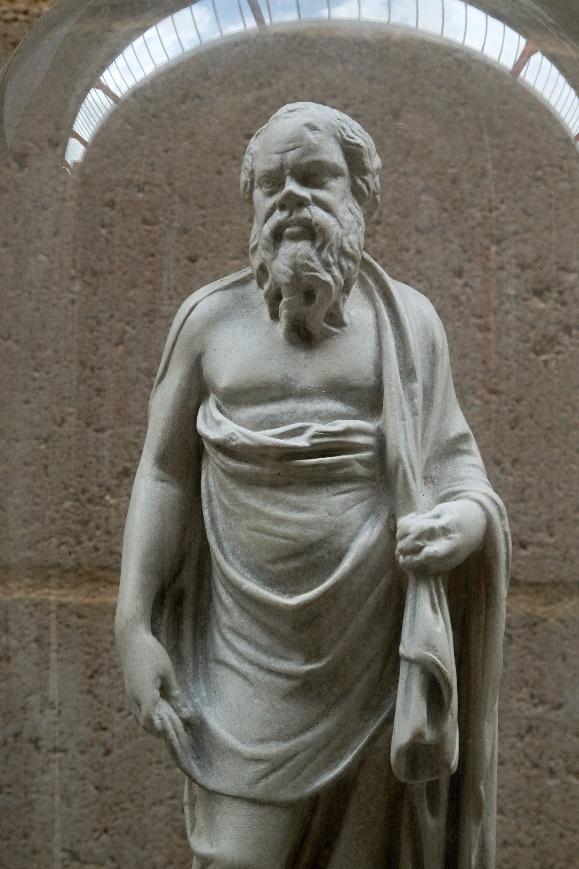 2. Virtue is Found Within Reason

Stoics believed that virtue depends on knowing our own nature. Our mind is an inherent part of us and its contents are present to us at any moment. We can reflect and meditate anytime in order to inspect our values. However, Socrates would not agree that introspection is enough. This is where his method emerges.

The Socratic method demands a conversation between two subjects. Socrates’ well-known attitude that “I know that I know nothing” serves as the beginning of his belief in dialogue. This dialectic method serves to investigate the nature of certain things, such as beauty, honor, truth, love, etc.

However, Stoics didn’t practice this method because they believed that only their mind is in their control, and therefore only introspection can reach the truth of reason. The opinions of others only serve to mislead us and confuse our own impressions.

3. The Universe and Reason

Stoic philosophy is materialistic, meaning that everything in the universe is tangible, including our reason or soul. Furthermore, the birthplace and tomb of our reason or soul is the universe. Our mind is only an emanation (a part) of God’s mind, which is also material. Stoics believe our souls will ultimately collapse in the center of the universe, only to be “recycled” by the process of world fire.

In comparison, Socrates didn’t spend time arguing about metaphysics. His philosophical purpose was purely practical. He believed that truth lies in our minds (souls). Socrates directs his interest primarily to the question of the purpose of human action. As a result, it is likely that Socrates would be indifferent towards Stoic metaphysics.

However, a different reaction is also possible. Socrates may have objected to the Stoic belief that minds or souls are emanations of God’s mind. This is because Socrates advocated that the fundamental truth doesn’t lie in nature, but in the mind of a person, where it waits to be evoked. In other words, Socrates considered reason to be autonomous.

Socrates recognized only one virtue, which was knowledge. To act good means to know what is good. Ignorance is the birth of all evils. However, Stoics recognized four cardinal virtues: wisdom, temperance, justice, bravery.

Zeno of Citium, under the influence of Socrates, claimed that wisdom is the most general virtue, but that it isn’t superior to the others; all virtues are equal in value, because where one virtue is to be found, the others follow.

While Stoics took a practical direction to virtue, Socrates had a more intellectual approach. Nevertheless, the influence of Socrates is visible in almost every part of Stoic philosophy. It seems unlikely, then, that Socrates would reject Stoic philosophy. Instead, he would probably question it, as he questioned all things.