Marcus Aurelius, philosopher, thinker and emperor was born in the year 121 AD, in the 2nd Century. His love for Stoicism was molded in his youth, where he was educated intensively in both philosophy and rhetoric, two essential skills that made him a successful ruler and a wise leader.

Due to his education and love of learning, the Emperor gained the ability to analyze both situations and people, along with how to articulate himself publicly and in his writings. As a result of his strong mental capabilities and expressive abilities he acquired the skills necessary to become a great statesman and a brilliant general. His ability to analyze situations and events allowed him to effectively devise and implement state policy. Marcus Aurelius had a unique way of viewing the world, which is perhaps why he was also a brilliant military strategist. His people skills also made him a natural leader of men, due to his ability to communicate effectively and smoothly with both ordinary civilians and his army.

A commander-in-chief who demonstrates love for his soldiers will gain their loyalty. A ruler who serves his peoples’ interests and needs will gain their gratitude and devotion. The Emperor did both, and is remembered today as a truly successful emperor and general.

Emperor Marcus Aurelius is considered one of history’s few “philosopher kings”. At least, Plato would have described him in those glowing terms. Emperor Marcus Aurelius’ reign was a golden age for Rome, both territorially and intellectually. He expanded the lands, minds and hearts of the Roman people. Despite numerous attacks from Germanic (northern European) tribes, he was able to maintain his golden reign. In addition, he withheld those attacks while also defending against a plague and dealing with uprisings in Italy and Egypt. It seems likely that his love and understanding of philosophy enabled him to overcome those challenges and confront them with intelligence, wisdom, calmness, and fortitude.

Romanizing the world was an essential Roman foreign policy, philosophy and propaganda tool, which the Emperor was to enact. By expanding Rome’s territories, Marcus Aurelius took his empire to its territorial zenith. Through the acquisition of new territory, he was also able to spread the Roman ways and ideals beyond the imperial borders.

The Emperor not only conquered new territories, he also built on what he conquered and had inherited, and implemented just policies for his new citizens. As commander-in-chief he was a conqueror, and as a politician he was wise and just. He was not only an emperor and a general, he was also chief judge and arbiter of disputes in his empire. The Emperor executed the law effectively and wisely, and was known to be a very successful judge. For example, Marcus Aurelius took the time to listen and address his subjects’ many petitions and needs. He also spoke of the legal issues of slaves, under-aged children, orphans and the city council in terms of their respective freedoms and autonomies.

As a result of his legal, military and political achievements, his reign created an age of prosperity and harmony, for the most part. It was arguably his power as both a rhetorician and intellectual thinker that enabled him to rule with maturity, sense and wisdom. 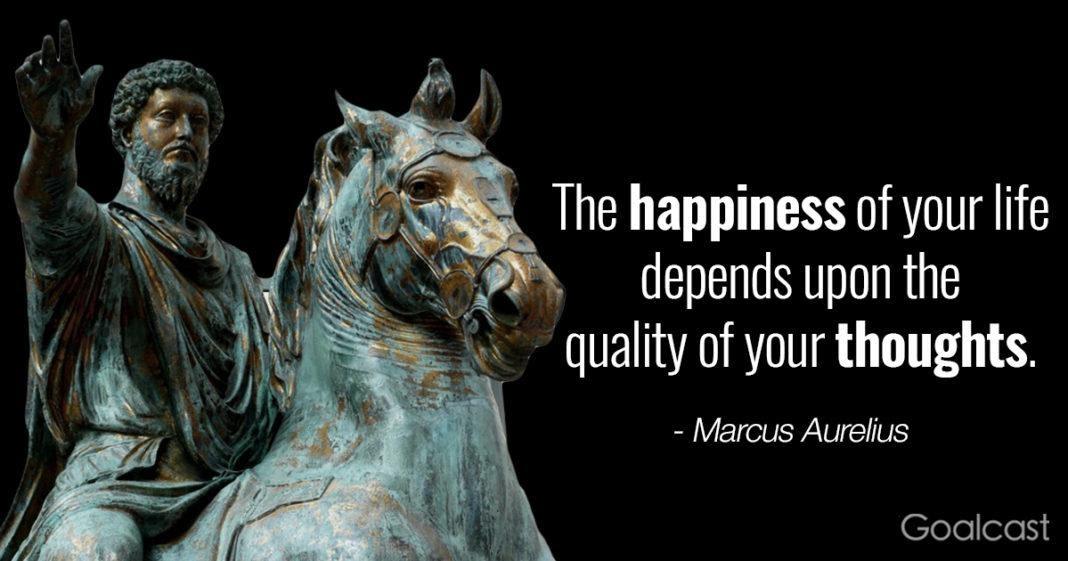 Very few people can claim to have accomplished what Marcus Aurelius achieved in life. At one point he was the most powerful man in the world and ruled over one of the largest empires the ancient world has ever seen. His ability to succeed under those circumstances makes the uniqueness of his achievements even more remarkable, as it is not easy to govern over a vast empire.

It can be said to his credit that Marcus Aurelius was not a politician, but rather a statesman. To be a statesman is far superior, because a statesman is not content with just ruling, they also want to lead their people to a greater and more prosperous future. This is what separated him from most other rulers of his time. He desired spiritual and intellectual growth over gaining material wealth. In other words, he wanted to enrich his subjects and empire before enriching himself.

The Emperor wanted to improve himself for the sake of his subjects. The result of a morally and intellectually superior ruler is a morally and intellectually superior population. One way people can achieve growth in the intellectual and spiritual spheres is through studying Stoicism. However, Marcus Aurelius was not only a student of this philosophy, he is also considered one of history’s most renowned and influential Stoic philosophers. Hence, he is known as a philosopher, in addition to being a rhetorician and of course an emperor.

Marcus Aurelius’ work entitled Meditations is one of the most famous writings in Stoic circles. Meditations offers readers a unique opportunity to see how an ancient emperor led a Stoic life. In his work, he discusses how the only things we can control in this world are our own actions and reactions to the external world. He also uses this text to lay out the foundations of what constitutes a good life, and speaks about the fleeting nature of materialism and worldly life.

In addition to the Emperor’s work on Meditations, he also showcased his understanding, knowledge and respect for the teachings of Stoicism through a variety of channels. These were his official letters, edicts (imperial proclamations) and private correspondences, including a lengthy discussion with Fronto, his rhetoric teacher and friend. Marcus Aurelius’ correspondence with his teacher lasted decades, starting before Marcus Aurelius reached the age of twenty and before he ascended to the imperial throne.

The Emperor remained inquisitive, humble and virtuous as time progressed. He ruled in an age of great uncertainty and demonstrated how the power of the mind can conquer much of what we doubt. Even when he was the most powerful man in the world and surrounded by temptation, he always chose to act with virtue and not let temptation conquer him, which offers a powerful lesson to us today.

It is said that absolute power corrupts absolutely, yet Marcus Aurelius went against that idea and proved himself to be a counter cultural autocrat. Yes, he was an absolute ruler; however, he was also a just, fair and wise leader. He was one of the last great emperors that Rome and the ancient world saw, and one of the greatest Stoic thinkers in history. 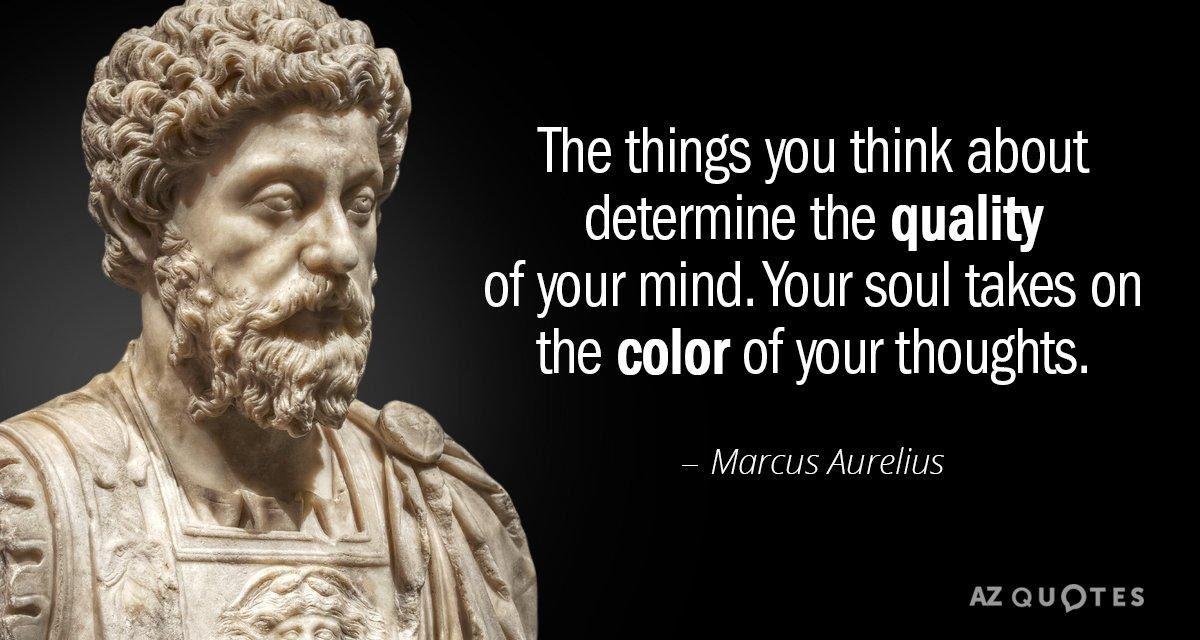