Summum bonum is a Latin expression meaning “the highest good”. It was introduced by the Roman philosopher Cicero, and it corresponds to the idea of “good” in ancient Greek philosophy. Summum bonum was also present in Christian thought during the medieval period, where God was considered the same as the highest good.

The other reason why virtue is thought to be the highest good lies in the Stoic dichotomy of control: we can only affect those things that are in our power, which are our thoughts and actions. External events, people and objects are not in our control, and therefore not valuable. Therefore, we should focus on our mind, and nothing else, in order to attain happiness and the highest good.

From the early beginnings of Zeno’s school of thought to the present day, Stoics saw virtue as the fundamental value of life and of individuals. In order to live a good life, one should live virtuously and in relation to their own reason. Living naturally, therefore, is living in accordance with reason.

But you may ask, what is a virtue and how can we achieve this summum bonum state of mind? This question can only be answered by exploring the core of virtue. Stoics believed in four “cardinal virtues”, and we will pay closer attention to them now.

All four virtues are inherently connected, and one cannot lead a virtuous life if one virtue is missing. Therefore, Stoics thought that all four virtues must be found in an individual in order to live a true, virtuous life. Zeno believed that these virtues are of equal value; however, he emphasized wisdom (or prudence) as the source of other virtues.

Wisdom enables us to see the difference between things that lie in our control and those that we cannot control. This is the main principle of Stoicism, and only a man of wisdom can truly follow this path.

“The chief task in life is simply this: to identify and separate matters so that I can say clearly to myself which are externals not under my control, and which have to do with the choices I actually control. Where then do I look for good and evil? Not to uncontrollable externals, but within myself to the choices that are my own” 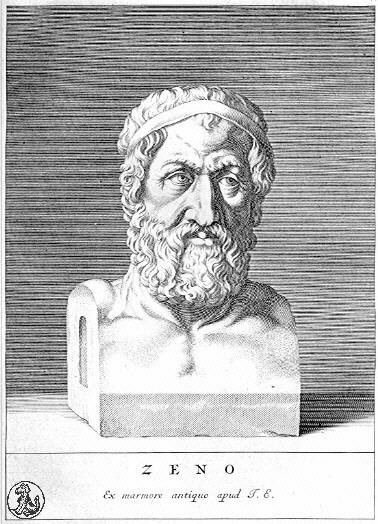 This virtue is similar to the first; one who is not wise can’t be tempered. Temperance comes from within and it is a reflection of a strong character. In contrast to Zeno, Cleanthes thought that temperance is the source of all other virtues.

Temperance helps us to navigate our mind and it leads to the preservation of our well-being. The insight of temperance allows us to know what is essential, to know which activities and thoughts are necessary, and which are not. In Stoic philosophy, temperance is closely related to self-control. Although not a Stoic himself, Aristotle viewed temperance as the golden mean, in which virtue is found between excess and deficiency.

“Curb your desire — don’t set your heart on so many things and you will get what you need.” 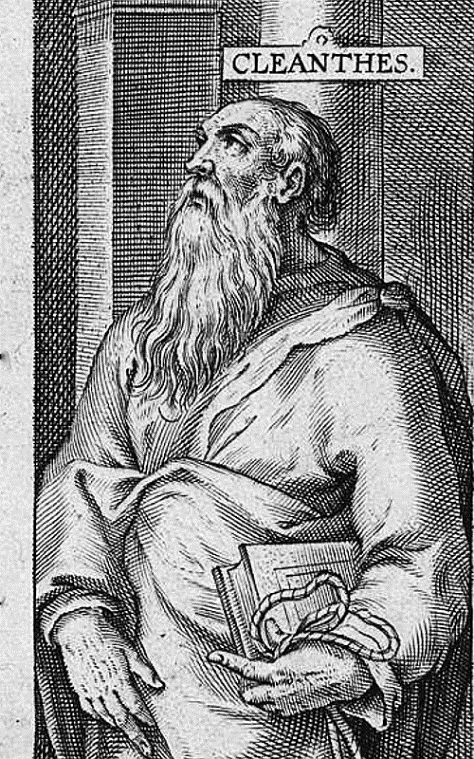 In Stoic terms, courage is the virtue that shines in the darkest moments. It is the mark of a strong character to resist and endure difficult situations. Imagine the strength Marcus Aurelius must have possessed when he was struggling to not be corrupted by absolute power and to be a good man in the face of Rome’s decadence and decline.

“You have the power over your mind – not outside events. Realize this and you will find strength.”

It is the quality of courage that helps you endure the struggles of everyday life. Courage gives us the power to face ourselves, to resist misfortunes, to stay indifferent to losses, to stand firm in the face of our cold world, and to hold onto our principles. Marcus Aurelius reflected and meditated further on this matter:

“When you wake up in the morning, tell yourself: the people I deal with today will be meddling, ungrateful, arrogant, dishonest, jealous and surly. They are like this because they can’t tell good from evil. But I have seen the beauty of good, and the ugliness of evil, and have recognized that the wrongdoer has a nature related to my own – not of the same blood and birth, but the same mind, and possessing a share of the divine. And so none of them can hurt me.”

Justices entails the exercise of wisdom, kindness and fairness in our relationships with others, both individually and collectively. However, it is also bound up with Stoic pantheism – the belief that everything in the universe, including every human being, is part of a sacred whole. According to Marcus Aurelius, justice is the most important virtue, probably because it embodies thought and action itself.

“And a commitment to justice in your own acts. Which means: thought and action resulting in the common good. What you were born to do.”

Justice is always turned towards the external world. When justice is fulfilled, it means that balance is restored to the universe. However, you must not mistake revenge or vengeance for an act of justice, because justice is blind and has no self-interest. Justice acts through duty. Justice is good and compassionate; it is always listening to both sides equally, while holding the middle ground.

“It is a denial of justice not to stretch out a helping hand to the fallen that is the common right of humanity.”

“He, who decides a case without hearing the other side, though he decides justly, cannot be considered just.”

So, now that we have looked at all four of the cardinal virtues, we are perhaps closer to attaining summum bonum. The greatest good is something we should all strive for through virtue. It is considered the “greatest” good, not because it helps ourselves, but because it improves our society overall. However, the only way to achieve this is one person at a time, and that starts with you.