Stoicism and Epicureanism were two major philosophical schools in the Hellenistic-Roman period. Both were very influential, although they differed on many topics, which we will discuss today.

Stoicism and Epicureanism were two influential schools of thought that were founded in the Hellenistic period and developed further during the Roman empire. Stoic philosophy was introduced by Zeno of Citium, while Epicureanism was founded by Epicurus.

In this article, I will introduce you to some of the basic similarities and differences between the teachings of these philosophical schools. To simplify this, I will divide our discussion into three categories: logic, cosmology (physics), and ethics.

Stoics and Epicureans had different opinions regarding how we attain knowledge, and what the true nature of knowledge is. Their view on logic was dependent on their philosophical systems.

Stoics believed that all knowledge begins with our senses. We see individual things and we learn about them. In philosophical terms, this means they were empiricists. However, Stoics were also rationalists, because they believed there are some ideas that cannot be found through experience. Our mind develops through life and some of our ideas blossom as our mind matures.

As the mind grows, so does our knowledge about the universe. Stoics believed that general truths – such as the nature of reality – can be known only through reason. However, our knowledge of ideas can sometimes be opposed to the sensual data we collect. A difficulty arises here because the soul can refuse to agree with what our perception notices as objectively true.

Epicurus, on the other hand, was not particularly interested in the philosophical study of logic. He thought that logic is useful only if it has a practical application. Logic is only good if it is subordinate to physics (cosmology), and cosmology is useful only if it has an impact on ethics. Therefore, ethics is the most important philosophical discipline of Epicureans.

Epicurean logics was founded on sensory cognition. Reason, by which we judge sensory data, is based entirely on the senses. If the senses are untrue, then our reason must also be false. Accordingly, truth depends on sensory observation, i.e. our senses. Perception takes place when images penetrate the sense organs, and this is always true.

Memory and emotions (affects) are also considered the criteria of truth. Since we have already perceived one object (e.g. a cat), its image, which is stored in our memory, is created as soon as we hear the word “cat”. Emotions and affects are also criteria for our behavior. For example, the feeling of satisfaction is the criterion for what we should choose, while the feeling of pain shows us what we should avoid. 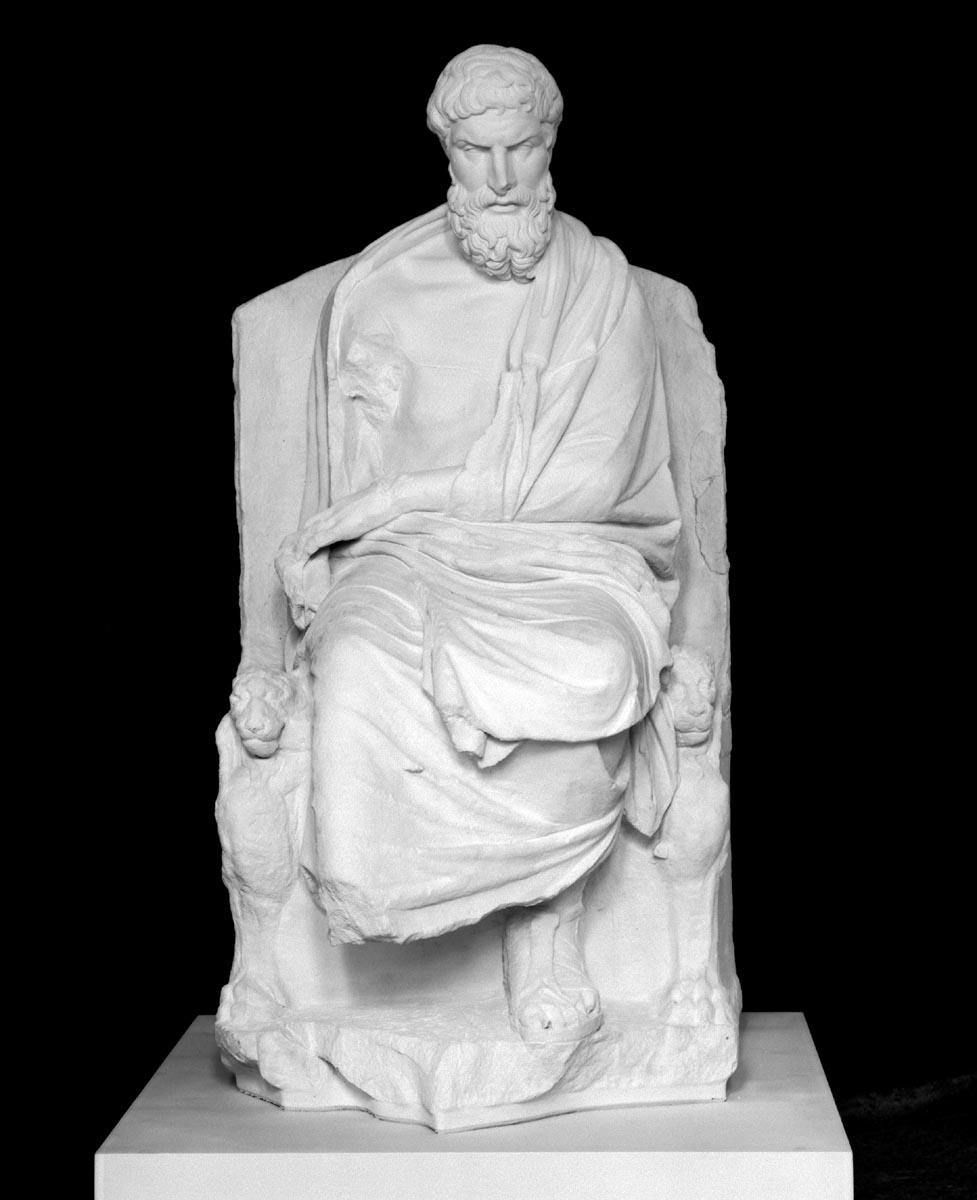 If one part of the universe (man) has consciousness, then all of the universe must possess it. This is because a part can’t be more perfect than the whole. This is why God is seen as the consciousness of the universe. God and souls are natural, meaning they also consist of matter. Souls are not immortal, nor personal after death. A material soul will meet its destruction in the world fire and it will be reborn anew. Through this thinking, Stoics explained how the world is created and destroyed.

World fire is also a very important notion in Stoicism, which should be emphasized. World fire is a term for the process of destruction of the universe. All matter (including material souls) will end up in the world fire, which is the active destructive principle of the universe. However, this matter does not disappear, nor will the souls. All matter is reorganized by Gods’ (or nature’s) wisdom.

Epicureans had a different opinion on this matter, although some similarities emerge. The first similarity is about the general nature of the universe – everything is matter, even souls and God. However, this is probably the only similarity.

Epicurus was influenced by Leucippus’ and Democritus’ teachings on atomism. Atomism is very suitable in two, practical ways: it rids us from the fear of gods and, consequently, from the fear of death (since there is no such thing as an afterlife) – this was the practical importance of physics and it is the only purpose that matters. Epicurus despised all sciences and philosophies that didn’t have a practical value.

Everything is made up of atoms moving in empty space. Hence, there are two principles: one is an atom, and the other is an empty space or vacuum. Therefore, there are only bodies that move through empty space. Atoms differ in weight, size, and shape; they are indivisible and are infinite in number.

To explain the origin of the world, Epicurus considered the collision of atoms, as well as the irregular motion of atoms. Atoms originally fell in a straight line, but some deviated from that path and contributed to the first collision. From these collisions intertwining, a circular motion was created, which resulted in the creation of infinite worlds separated by empty space.

According to Epicurus, the world is a consequence of mechanical causes and there is no need to set a purpose (teleology), as Stoics did. Matter moves by itself. The Gods also live in the world and are composed of the finest atoms, but they possess etheric bodies, so they cannot be seen. Epicurus considered them anthropomorphic (they eat, drink, and do not interfere in human life). Gods’ existence is justified through objective faiths, as everyone believes in them.

The ethical purpose of living is, in principle, consistent with our submission to the universe. Because reason is the most perfect part of the human soul, living in harmony with nature means listening to the highest part of the soul, meaning reason. To live in accordance with reason means to be aware of fate, which stands above every individual.

The only pure good in life is virtue. Virtue is a state of inner balance, which does not exist due to any external reason (e.g. a promise of reward, or fear of punishment), rather virtue exists for its own sake. In Stoic ethics, there are four cardinal virtues: wisdom, courage, temperance and justice. If a person possesses at least one of those virtues, they will have all four, because all virtues are deeply connected. One cannot be both just and a coward, for example. 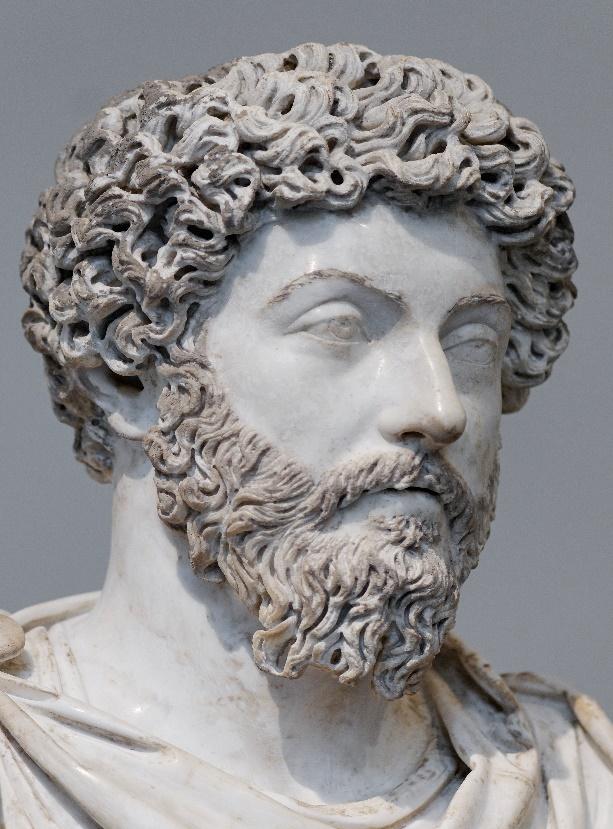 While Stoic ethics valued reason and living in accordance to nature, Epicurean virtue was based on complacence. Complacence is the feeling of contentment with yourself, which lasts through your life. A popular misinterpretation that has its roots in Christian theologian interpretation is that Epicureans are akin to Hedonists, who pursue their pleasures,

However, Epicurus thought about pleasures, pain, suffering, happiness and other emotions, and for him, we should be able to think about these feelings in a long-term sense. For example, pain is bad and we naturally avoid it, but sometimes it is not good to ignore pain because it is a reminder that our body needs help.

Some pleasures can appear to be good in the short-term, but can lead to long-term suffering. Every pleasure is its own good, but not every pleasure is desirable to choose, just as every pain is bad, and yet one should not run away from every pain. According to the Epicureans, we are obliged to consider whether an individual pleasure may cause greater pain, and whether an individual pain may produce greater pleasure.

Therefore, in theory, every pain is bad and every pleasure is good; however, in practice, we must keep in mind the potential of lasting pleasure. According to Epicurus, those lasting pleasures are the health of the body and the temperance of the soul. Epicurean Hedonism does not end in debauchery and excess, but in a peaceful and calm life.

Virtue is the state of composure of the soul (ataraxia). The value of virtue is estimated on how it contributes to complacence. Virtues such as simplicity, modesty, moderation and serenity, contribute much more to complacence and happiness than unbridled luxury, sickly greed and so on. If one lives prudently, validly, justly, etc. then one is also living in complacence. 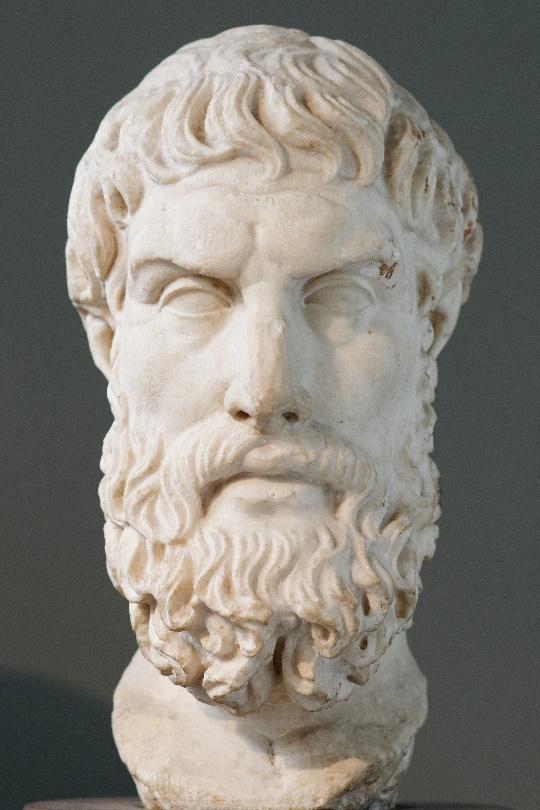