In this article, we will deal with the topic of insults in relation to Stoic philosophy, which can help us learn how to manage our minds when our ego feels insulted.

Everyone gets insulted now and then, and everyone reacts differently when insulted. Stoic philosophy can offer us some advice on how to deal with insults, whether they were intended or not. In the case where an insult was not intended, it is often because our ego is unintentionally injured by the opinions of others. However, it hardly matters to Stoics whether the insult is intended or not, because both insults have the same potential consequences and the same trigger in the form of other minds.

When dealing with insults, we usually react emotionally; however, if we are easily provoked then our emotions can lead us astray. In this case, we will often unconsciously step down to the same level as our insulter in an attempt to return the favor.

Rather than reacting emotionally, we can ask ourselves why do we feel insulted? What does it mean to be insulted? How can other words affect us so strongly we lose our reason for a moment? Very often, it can be difficult to answer these questions, especially in the heat of the moment.

Instead, we can ask: who is suffering from the insult? The answer is the image of ourselves we had created – in other words, our ego. You may think the easiest way to avoid being insulted is to simply throw away this ego. It is impossible to discard our ego entirely, but we can refuse to create this image of ourselves in a certain way that will make us vulnerable to insults. We cannot control our insulters’ words, but we can control our reaction to them. The Stoic philosopher Epictetus agreed with this conclusion and emphasized that it is our impressions that are the true problem:

“Remember that it is we who torment, we who make difficulties for ourselves — that is, our opinions do. What, for instance, does it mean to be insulted? Stand by a rock and insult it, and what have you accomplished? If someone responds to insult like a rock, what has the abuser gained with his invective?”

It is not others who create perceptions of ourselves; it is us who create these perceptions. Epicetus demonstrated the power of a mind that lies in certainty of its own value, as such a mind is not easily provoked. Furthermore, Epictetus can teach us how to respond to insults through the use of irony and wit:

“If you learn that someone is speaking ill of you, don’t try to defend yourself against the rumors; respond instead with, ‘Yes, and he doesn’t know the half of it, because he could have said more.” 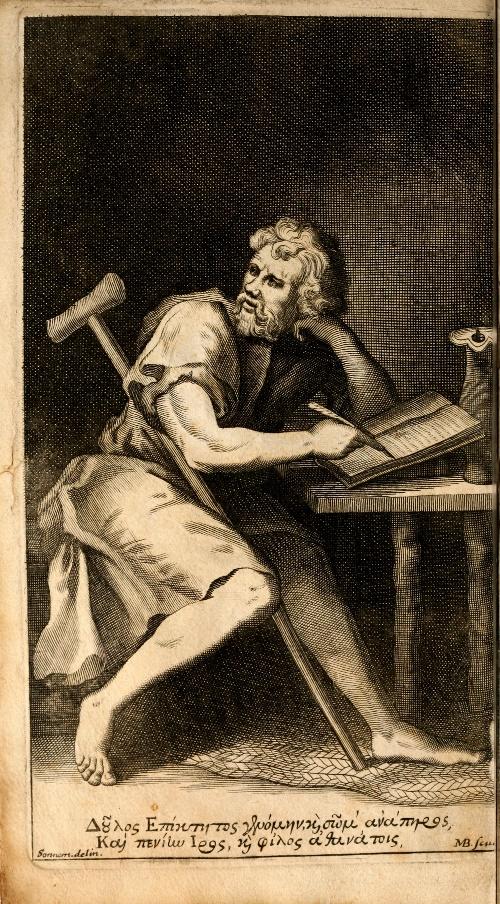 As Epictetus stated above, we should not try to defend ourselves against insults, because the main way we defend ourselves is by returning the insult. The reason we should be careful to avoid this is because it can damage us in many ways, including our reputation and our virtue. The Roman Emperor and Stoic philosopher Marcus Aurelius offered a short, but powerful, way to deal with insults:

“The best revenge is to be unlike him who performed the injury.”

Someone who feels the need to insult others has one goal: to start a fight and drag others down to his level. When insulted, the best revenge we can deliver is to not fight back, as this would only deteriorate our condition further with strong emotions. By avoiding becoming like our insulter, we will be able to remain calm and mindful, while the other will be left unsatisfied because his goal isn’t met.

“Any person capable of angering you becomes your master; he can anger you only when you permit yourself to be disturbed by him.”

Similarly to the emperors’ thinking, Epictetus also suggests that strong emotions (in this case, anger) are contagious and dangerous, but avoidable. If we lose ourselves to others’ emotions, then the other person is ultimately pulling the strings of our behavior and thinking.

The Stoic perspective on insults is clear: one can’t control what is in others’ minds, and we shouldn’t try to force a different opinion on our subjects. If you can control your own mind, you will therefore be able to control your reaction to certain insults. We should prepare ourselves for insults and face them with our wit, not our emotions. As a result, it is wrong to hide from insults; not only is this impossible, but when we are exposed to them, we have an opportunity to endure them – strengthening our personality and character in the process. As Marcus Aurelius would say:

“Be like the cliff against which the waves continually break; but it stands firm and tames the fury of the water around it.”